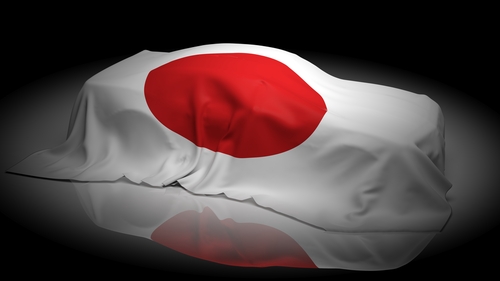 The Auto Sunday is a participant in the Amazon Services LLC Associates Program, an affiliate advertising program designed to provide a means for sites to earn advertising fees by advertising and linking to Amazon.com.

If there is one thing that Japanese cars are known for, it’s their reliability. Most cars that were manufactured from Japan are known to last longer than their European and American counterparts. But, do Japanese cars last longer, or is it just all advertisement hoopla?

Japanese cars have established a reputation as the most reliable vehicles in the industry because of their long lifespan. According to the latest reliability rankings by car magazine Consumer Reports, three Japanese brands dominated the list—Lexus, Mazda, and Toyota.

Reliability is still a concept that is open for interpretation, at least from the perspective of the automotive world. When we say a car is reliable, several factors come into play aside from its longevity.

Ideally, the car should also need as few repairs as possible during its lifetime. Hence, a car’s reliability may go down if you need to continually need to take it to your local car shop to be fixed.

Furthermore, the vehicle should not have any breakdowns or unexpected issues. If a car model is being recalled because of specific design issues, then it can also affect its reliability score.

Lastly, cars that are also easy and inexpensive to maintain can also last longer since it doesn’t take too many resources to keep it in tip-top shape.

That’s 7 out of the 10 categories they reviewed. The only non-Japanese cars on the list were: the Hyundai Elantra (Most reliable, compact car), the Ford Fusion (Most reliable family sedan), and the Chevrolet Bolt (Most reliable electric vehicle).

However, the report also mentioned that the gap in reliability between Japanese cars and the rest are much closer than before. Thanks to technological innovations and smart design, American and European brands have created more reliable car models over the past decade.

RELATED: Why Do Luxury Cars Have Big Engines?

Why Japanese Cars Have Longer Lifespan?

Japanese cars are known to be reliable since even their 20 to 30-year-old vehicles can still run just fine.

Consequently, a lot of car models that can reach more than 200,000 miles are from Japanese automakers. Japanese cars are so reliable that some of their used units can outlast even brand new ones if you both buy them on the same date.

Below are some of the reasons why Japanese automobiles can last longer than their European and American counterparts:

Most Japanese cars often have a very simple and ergonomic engine design. They usually have naturally aspirated gasoline engines, which are mostly Euro 6 compliant. Mazda, for example, is known for its highly decorated Skyactiv engine.

While these engines are not the best in terms of performance and output, they make up for it for being very fuel-efficient. Furthermore, Japanese car engines often don’t have excess components that might break during the combustion process.

Another reason why Japanese cars are more reliable is because of their outstanding maintenance service. Toyota was one of the pioneering brands that implemented 100,000 kilometers or five years warranty on their vehicles. They also offer numerous repair and maintenance options on their car service centers.

Toyota and other Japanese car manufacturers also have an extensive car mechanic program. Here they teach car service members on how to repair different car models under their brand. Add to that the availability of spare parts, thanks to the shared platforms of their cars like in the case of Toyota Innova and Toyota Avanza.

Don’t have a Japanese car? You can still make sure that your car lasts long. Check out these car engine care kits.

3. Practicing the Idea of “Kaizen”

Japanese society often has a reputation for being efficient in all manners of life, even in car manufacturing. They are known to be perfectionists and are very keen on every detail. Hence, most Japanese automakers incorporate some of these concepts into the production line.

Another key idea that the Japanese car makers have is the philosophy of working harmoniously called Kaizen. This “teamplay” spirit streamlines an effective production, where every step of the car building process needs to meet a certain standard or quality. In doing so, Japanese car manufacturers can produce cars that are simple but well-engineered.

Japanese car companies also have a different business culture compared to their American and German counterparts. Car brands like Toyota, Mitsubishi, Suzuki, and Honda plan for long term profits. That means they aren’t as bound to quarterly reports and sales, much like their rivals.

As such, Japanese brands don’t have to result in using cheaper products or rushing their production to get a good quarter. Japanese car manufacturers are also very conservative when introducing new car models. They tend to build them over time and make these cars better instead of expecting them as a hit the first year.

“If it ain’t broke, why fix it?” is perhaps another mantra of Japanese cars. Compared to their rivals, they tend to go for high-quality technologies and stick to it as long as possible. In short, they don’t immediately jump over the “excitement” wagon brought by newer technologies.

For example, Toyota still sells cars with old four-speed automatic transmissions and engines introduced a decade ago. They often don’t redesign car components unless it has gone through a rigorous testing process.

Additionally, they also build their car platforms from the ground up while introducing new technologies at the same time.

RELATED: This Is Why Sports Cars Have Low Suspension

What are some of the Most Reliable Japanese Cars?

Throughout automotive history, dozens of Japanese cars proved they can last for a lifetime. Even some of the mainstream cars from brands like Toyota, Honda, Mitsubishi, Nissan, and Suzuki can reach more than 200,000 miles on their odometer.

These are some of the Japanese cars that are known for their longevity and reliability:

The Civic is widely recognized as one of the most reliable family cars that tend to keep their resale value intact. The fifth generation of the Civic is arguably one of its most fuel-efficient and top-performing releases. Furthermore, it was also a complete overhaul from its predecessor, which saw an improved suspension and better ride quality.

Back in the ’90s, Nissan was at the peak of their game. One of their most successful car models was the Nissan Maxima, which is known for never breaking down and requires little maintenance until it reaches the critical 250,000 mileage. Additionally, it also sports one of the best engines for family cars—a 3-liter V6.

This Japanese executive car is known as one of the best company cars during that era. By combining premium features with a highly reliable build, the Camry quickly sat on top of its class in terms of sales and endurance. Some Camry today may even well have 200,000 miles on their odometer.

When it comes to reliability, the list isn’t complete without the iconic Mitsubishi Lancer. It’s the second generation that enjoyed a great run production during the 1980s thanks to an impressive engine and rugged design. It may be boxy compared to modern cars, but it has outlived many car models a decade or two ahead of its time.

RELATED: Do Cars Get Slower Over Time?

Japanese cars last longer because it does everything right to deliver their value propositions. Automobiles made by companies such as Toyota and Honda may not be the most stylish, but they are reliable and fuel-efficient.

How do German cars compare to Japanese cars in terms of reliability?

In general, Japanese cars are regarded as more reliable, especially in the compact and subcompact category. German cars are known for their luxurious features and top performance, which means they always have to update their vehicles with new technology. Because of this need for innovation, most German cars sometimes have design issues and other mechanical flaws.

What car has the highest mileage ever recorded?

Currently, the record for the highest mileage in a car is held by Irwin Gordon’s 1996 Volvo P1800. His two-door coupe reached over 3 million miles in its odometer back in 2013 before retiring it in the next few years. On average, his car travels roughly 90,000 miles a year since it left the car dealership half a century ago.

Are you ready to shake the ground with the best 12 inch subwoofer installed in your car? Just how much bass do...
Read more

Keeping your car clean at all times is vital to the overall health of your vehicle. But sometimes, maintaining a clean car is not as easy as it sounds, especially when you are busy like a bee.
Read more

Steam cleaning is an excellent way to deep-clean your car, whose fabric takes a real beating in the long run.
Read more

Are you ready to shake the ground with the best 12 inch subwoofer installed in your car? Just how much bass do...
Read more

Keeping your car clean at all times is vital to the overall health of your vehicle. But sometimes, maintaining a clean car is not as easy as it sounds, especially when you are busy like a bee.
Read more

Steam cleaning is an excellent way to deep-clean your car, whose fabric takes a real beating in the long run.
Read more